The Global Movement to Save Jerusalem

The Global March to Jerusalem joins the voices of concern in Jerusalem, Palestine and, indeed, the world over, about the latest as well as consequent threats to the al-Aqsa Masjid and the Dome of the Rock, as well as the Haram al-Sharif in Jerusalem and the policy of “Judaisation” that the Zionist leadership is pursuing with the explicit intent of removing Muslim, Christian, Arab and all other traces of non-Jewish history, culture, religion, archaeology and demography from the city of Jerusalem and all other areas under Zionist control.

Over the course of the last months in particular, the Zionists, with the backing of their regime and its Military Occupation Forces, have made many forays onto the Haram al-Sharif. On 9th of August, we fear a possible showdown with disastrous consequences, where the fanatical Zionists will invade the Haram Sharif and even attempt to destroy the two Masjids. Thus acting now is really a matter of grave urgency for the world.

The latest incidents include a statement by the Zionist government’s Attorney General Yehuda Weinstein on 17th of July 2012 that the al-Aqsa Masjid is on Israeli territory and subject to Israeli sovereignty! The statement included no recognition of the special status of waqf (Islamic charitable trust) lands, or of the religious authorities governing such lands.

According to Islamic Movement deputy head Shaikh Kamal al-Khatib, the Zionist-controlled Municipality of Jerusalem also recently declared the open spaces of the al-Aqsa compound to be public areas, which means they have the same status as any park areas in the city and are therefore accessible to all with or without the control of al-Aqsa authorities. This has enabled Knesset members and other Zionist advocates of demolishing the Muslim holy sites to force their way onto the compound during Ramadan with the protection of armed Zionist forces, and display Israeli flags as part of rituals intended to further their project to destroy the historic Muslim sites and replace them with a Jewish temple complex (see illustration). 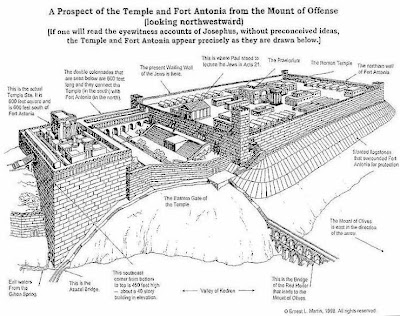 While enabling the presence of Zionist extremists bent upon destruction, the armed forces also removed around twenty nighttime worshipers on 25th July, the 6th day of Ramadan, including al-Aqsa Imam Shaikh Yusuf Abu Sneina, who was detained for an unspecified period of time. Until now no explanation for this action has been given. A similar incident took place again on 29th July (10 Ramadan), according to al-Aqsa authorities, with two persons being seized.

The Zionist authorities are now preventing Palestinian men between the ages of 12 to 40 from making the Ramadan pilgrimage to al-Aqsa Masjid. They have have also resumed their demolition of the historic Al-Magharibah Bridge, work which many fear will undermine the Masjid’s foundation. And finally, Knesset Member Aryeh Eldad has ruthlessly called for al-Aqsa Masjid to be “cut up” and moved to make way for the so-called Third Temple, which he threatens will be built soon.

All of the these actions are not only shameful and discriminatory against non-Jews but also violations of international law, as well as the Universal Declaration of Human Rights (Article 18).

These latest actions are part of the coordinated policy called “Judaisation” by the Zionist authorities. It includes the burning and defacing of Christian churches, the expulsion of Christian and Muslim Palestinians from the city of Jerusalem and from their homes throughout Palestine, the demolition of Palestinian homes, the confiscation of property, the denial of building permits, and many other forms of deliberate ethnic cleansing. This policy of Judaisation is in violation of the Fourth Geneva Convention (1949) on the rights of peoples living under occupation as well as dozens of resolutions of the United Nations censuring the Zionist state.

Israeli Occupation authorities have now initiated steps toward the transfer of Palestinian neighbourhoods, located east of the Apartheid Wall to the responsibility of the Israeli Occupying Forces. In addition, historic Palestinian archaeological treasures dating back up to two thousand years have been demolished and covered with new structures for the purpose of effacing most of the history of Palestine, which is predominantly Muslim and Christian Arab in culture and religion. The latest examples of this malicious policy are the ongoing construction of a Jewish “Museum of Tolerance” on the religious and historic Ma’manillah cemetery, which dates back to the 7th century and where the companions of the Prophet Mohammad and thousands of the righteous, officials, scholars, notables and Jerusalemite families have been buried, as well as the destruction of palaces from the Umayyad period near al-Aqsa in the Old City.

In the absence of the world’s governments to take swift and decisive action we call upon all the peoples of the world to join the effort to prevent the “Judaisation” of Jerusalem and the destruction of the al-Aqsa Masjid. The Global March to Jerusalem strongly condemns this Zionist project in Palestine, the explicit purpose of which is to erase the overwhelmingly Arab indigenous culture, history and language. We believe that a global movement in support of Palestinian rights and objectives is needed in order to stop this form of ethnic and cultural genocide and to restore the human rights of the people of Palestine, and especially the inalienable right of all Palestinians to return to their homes.